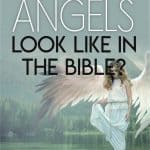 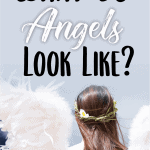 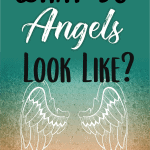 In this article we will take a good look at what do angels look like according to the Bible. We will go over common questions about how angels look and more. So, let’s get started…

A lot of what we think angels look like is what is depicted in art and movies. We automatically think of those cute cherubs which basically look like little naked babies with wings. Or we think back to shows like Touched by an Angel or Highway to Heaven.

The renaissance era has impacted us the most. There perception of what the angelic looked like can be described by most people. And its impact can still be seen in modern art of the angelic. It’s usually beautiful, delicate, usually female or childlike, a set of wings, and some type of halo.

But is that really what angels look like? Well, we are going to dig into the Bible and see. We will be answering some common questions like…

So, let’s get started!

We have a slight dilemma when it comes to giving you exactly what an angel looks like. And that is because there are different types or kind of angels. God didn’t just decide to be creative when it came to making the Earth and us.

He was also creative when creating His angelic host! God doesn’t use a cookie-cutter. And I love that about Him. All His creation is uniquely made by Him.

Also, since there is a lot of topics below I have provided a table of content to make things easier to navigate. You can click on options below or just read and scroll through the post.

Below I will briefly break down certain characteristics of what different angels look like. But please be aware certain angels are not described in-depth in scripture. That’s just how it is.

One day we will see all of God’s heavenly host and we will be amazed by God’s creation. But for now we have the Bible that gives us the information that we need for our lives on the Earth.

I’ll post Bible references for you to further study these angels and other linking posts that will help you. For an overview of all my angel articles please visit my Angelology: The Study of Angels page.

Only one archangel is mentioned in scripture and that is Michael. Michael is never described as what he looks like.

What we do know is that an archangel is a chief angel. Michael is also a warrior fighting in heavenlies both in the book of Daniel and Revelation.

Now there is a lot of information about Cherubim in the Bible. It’s actually mentioned over 100 times in scripture. So, for way more details on these angels please go to Cherubim: Cherub Angels of the Bible. On that page, you will learn what the word cherub means and more.

In a nutshell, cherubim are more than just a type of angel it’s almost like a group of different angels. We can see this throughout the word of God as cherubim are described differently throughout. Here are a few examples:

What I can tell you is that a cherub is not a cute little baby angel with wings.

Most of them have multiple faces like a Man, Lion, Eagle, Human, and Ox

I love when the prophet Ezekiel describes their faces in chapter 10 verse 14.

“One face was that of a cherub…” Uhhh that’s not helpful at all Ezekiel! That basically says to us that Ezekiel had no earthly grid to tell you what the face looked like. “I’m just going to call it a cherub…”

Seraphim are described in detail in the prophet Isaiah’s vision in chapter 6. For detailed information on Seraphim go to Seraphim: Seraph Angels of the Bible.

the whole earth is full of his glory.”

4 At the sound of their voices the doorposts and thresholds shook and the temple was filled with smoke.

Some key things we can learn about what a seraph looks like:

– Isaiah uses the plural for faces which means each angel had more than one face.

You know to be honest. I’m not sure. I’m not 100% sold on the idea but I don’t oppose it either. I really need to just study and pray more about it.  They could totally be the same angels or they could be different ones.

The two references have similarities of the angels appearance yet different. This is what Revelation 4:6-8 has to say…

6 Also in front of the throne there was what looked like a sea of glass, clear as crystal.

Some key things we can learn about what a Living Creature looks like:

There are many accounts in scripture where angels appear and they look like us. We see this in the story of Lot and the angels. And we also see it again in Acts 12:15 when Peter knocks on the door and the girl thinks it’s his angel.

So, I have to say it Highway to Heaven and Touched by an Angel had a little bit of truth in the concept of an angel looking like us!

Do Angels Have Wings?

Well, the answer is yes and no. According to what we see in scripture there are angels that have wings like the seraphim and cherubim. But others who don’t have wings at all.

Do angels fly? Most certainly wings or not they can pretty much do a lot of things. If you are curious on all the things they do then check out Understanding What Angels Do

Do Angels Have Halos?

Ok, so this one again stems for art. Halos or auroras have been used in ancient art to show diety or royalty/fame. And you can find it in almost every culture.

It’s the glory or the light these people or creatures carried. The halo wasn’t added into Christian art till the 4th century.

So, no there was no bright little golden ring hovering over angels heads.

But in many of the accounts in the Bible angels came with a bright light.

The Angels of Daniel 10

In Daniel 10 it records a vision of where the prophet Daniel interacts with angels. Michael is mentioned but again not described. But two others are described.

The Angels That Gave The Message And Vision

Now on the twenty-fourth day of the first month, as I was by the side of the great river, that is, the Tigris, 5 I lifted my eyes and looked, and behold, a certain man clothed in linen, whose waist was girded with gold of Uphaz! 6 His body was like beryl, his face like the appearance of lightning, his eyes like torches of fire, his arms and feet like burnished bronze in color, and the sound of his words like the voice of a multitude – Daniel 10:4-6

It’s important to note that some scholars believe this was some type of powerful high ranking angel like an archangel (name never given) and some believe it was Jesus. As it resembles Christ in the book of revelation.

In all honesty, we just don’t know. Something we can ask God one day.

When he had spoken such words to me, I turned my face toward the ground and became speechless. 16 And suddenly, one having the likeness of the sons of men touched my lips; then I opened my mouth and spoke, saying to him who stood before me, “My lord, because of the vision my sorrows have overwhelmed me, and I have retained no strength. 17 For how can this servant of my lord talk with you, my lord? As for me, no strength remains in me now, nor is any breath left in me.”

Here we see what I mentioned above about angels that look like humans. This angel was working with other angels to accomplish the will of God. He was able to give the prophet Daniel’s physical strength and courage.

The Angel of Revelation 10

Another interesting angel is in Revelation 10. Its appearance is different than the others we have read. And a neat thing to emphasise is the size of the angel.

I saw still another mighty angel coming down from heaven, clothed with a cloud. And a rainbow was on his head, his face was like the sun, and his feet like pillars of fire. 2 He had a little book open in his hand. And he set his right foot on the sea and his left foot on the land, 3 and cried with a loud voice, as when a lion roars. When he cried out, seven thunders uttered their voices. Revelation 10:1-3 NKJV

Well, I hope you have enjoyed this quick little study on what angels look like in the Bible. Here are some recap takeaways.

The Bible has tons to say about God’s angelic host and I hope this post has you wanting to learn more. There is a lot of weird, non-Biblical information out there on angels. Be careful and wise. Get into God’s word to find the truth.

Feel free to leave me a comment below! I would LOVE to hear from you.

Thank you thank you. We so need to study the word of God so we can answer intelligently what angels do, look like, etc. Your studying has greatly helped me in this endeavor. I have felt led by our Lord to start a Lady's Fellowship in our church which is for all ladies in our area in Saskatchewan. Our churches are small in rural areas. The Lord is getting ready for His revival and we in the church have to be more knowledgeable to teach new disciples. Thanks again for your help! Kindest regards, Patricia

Thanks Melissa for sharing your wisdom about Angel's biblical truth. It really helps me as a teacher/minister. GOD BLESS YOU ABUNDANTLY!!!

This info is so helpful! I appreciate it coming from a Christian, a true believer. I thank you and I pray God blesses you!