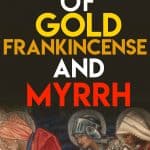 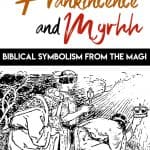 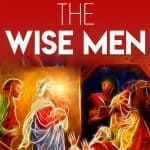 A study on the gifts of Jesus from the three wise men. We will look at the natural and symbolic meaning of Gold, Frankincense, and Myrrh.

Ok, so it’s either Christmas time or you are just curious about the story of the three wise men’s gifts to Jesus (It might have been more than three wise men). I know I was and it made me want to write on this topic.

Sometimes we get familiar with the traditional story because of books, movies, songs, paintings, and other types of media that we forget to really dive into the Bible and see what it says. So, I hope this article answers some of your questions and gets you digging deeper into the Word of God.

Before we get started on this little study here is the Christmas account of when the Magi gave gifts in the Bible. Yup, no need to google it…here it is in all it’s NKJV splendor.

9 When they heard the king, they departed; and behold, the star which they had seen in the East went before them, till it came and stood over where the young Child was. 10 When they saw the star, they rejoiced with exceedingly great joy. 11 And when they had come into the house, they saw the young Child with Mary His mother, and fell down and worshiped Him. And when they had opened their treasures, they presented gifts to Him: gold, frankincense, and myrrh. – Matthew 2:9-11

*I bolded the gifts

For the whole Christmas story, you can read it in Matthew 2

Why Study the Magi’s Gifts to Jesus

The Bible is so rich in symbolism and types and we even see that in this story. Studying these things in scripture enriches our understanding of God and His word.

It also reveals God’s power and beautiful ability to weave a deeper story within the story. There is truly no book like the Bible!

Studying the gifts of the Magi and the story of the magi (LINK) will paint an even more vivid story of our Lord and Savior Jesus!

You will see how prophetic these gifts were to Jesus’s identity as the Christ;  and His life and ministry on the Earth. But you will also see how these 3 gifts were also used in a practical way.

The Symbolic and Spiritual Meaning of Gold, Frankincense, Myrrh

A multitude of camels [from the eastern trading tribes] will cover you [Jerusalem], The young camels of Midian and Ephah; All those from Sheba [who once came to trade] will come Bringing gold and frankincense. And proclaiming the praises of the Lord. – Isaiah 60:6

Alright, let’s get into the fun stuff! The biblical and spiritual symbolism of Gold, Frankincense, and Myrrh.

I do want to note that some people don’t believe there is a spiritual meaning of the gifts of the magi. They think the gifts were strictly diplomatic gesture and nothing more. I personally don’t agree with that.

If you break down these gifts and study them as individual items you will see that they have a deeper meaning than just a diplomatic gift.

Also, if you have ever studied the Word you will know there their types and shadows all throughout scripture. It’s absolutely amazing how God weaved layers of depth into everything He has done.

The Symbolic Meaning of Gold and It’s Natural Uses

This precious metal is mentioned 417 times in the KJV Bible. It’s has been a sign of royalty, wealth, and power since mankind began. It’s been used as a form of currency for centuries.

Both Biblical and secular kings collected gold and placed them in their treasures.

For example, it is said, that today’s equivalent to King Solomon’s gold is $60 Trillion. Just his gold! To put that more into perspective the richest man in the world right now is Jeff Bezos ( Amazon Founder ) at a net worth of 112 billion dollars.

We also see gold being used to represent kingdoms in Daniel 2 and in Zechariah 6.

Giving the gift of gold to Jesus was a symbolic statement of His kingship. This blatantly stated by the magi in Matthew 2:1-2…

Now when Jesus was born in Bethlehem of Judaea in the days of Herod the king, behold, there came wise men from the east to Jerusalem, 2 Saying, Where is he that is born King of the Jews? for we have seen his star in the east, and are come to worship him.

The gift of Gold spiritually speaks of Jesus being the King of Kings.

For more on gold and the color gold please check my Biblical Meaning Of Colors post.

We don’t know how much gold was given, but we can probably deduct that the magi were not cheap guys. They traveled a long way to honor and worship Jesus.

This gold most likely aided Joseph, Mary, and Jesus’ escape to Egypt and their time there. And perhaps was used later for Jesus’ educational growth as a rabbi.

The Symbolic Meaning of Frankincense and It’s Natural Uses

Throughout the old testament, you will see Frankincense used in the temple as incense, for anointing oil, and perfumes. It’s only mentioned 15 times in KJV.

It is a type of gum resin from tree sap that creates a white smoke when burned.

And thou shalt anoint Aaron and his sons, and consecrate them, that they may minister unto me in the priest’s office. And thou shalt speak unto the children of Israel, saying, This shall be an holy anointing oil unto me throughout your generations. Upon man’s flesh shall it not be poured, neither shall ye make any other like it, after the composition of it: it is holy, and it shall be holy unto you. Whosoever compoundeth any like it, or whosoever putteth any of it upon a stranger, shall even be cut off from his people. And the Lord said unto Moses, Take unto thee sweet spices, stacte, and onycha, and galbanum; these sweet spices with pure frankincense: of each shall there be a like weight – Exodus 30:30-34

Because of the heavy use of frankincense in the temple, it is very symbolic of deity and priesthood.

When the Wisemen gave this gift they were stating Jesus is not just a king, but also GREAT High Priest (Hebrews 4:14-16) and Deity.

And again we see that in Matthew 2 when they state they have come to worship him (Jesus.)

Frankincense is a fitting gift for the Son of God.

How Frankincense Helped on a Natural Level

Frankincense was costly in ancient times. It is said that Frankincense and myrrh had more value than gold in the times of Rome. To this day it’s still pretty pricey. Just a tiny 15ml bottle of frankincense can be $100.

It is said that the ancient Greek King Seleucus II Callinicus offered the same gifts to the god Apollo at the temple of Miletus in modern Turkey in 243 BC. (source)

So, it brought even more wealth to the family beyond just the gold.

Frankincense also has incredible medicinal values that would of aided the family greatly in their travels. A lab study published in Letters in Applied Microbiology found that frankincense oil and myrrh were effecting in fighting against pathogens.

It’s actually noted that the combination of both oils are very synergistic. (source)

The Symbolic Meaning of Myrrh and It’s Natural Uses

Myrrh like Frankincense is also a gum risen from the Myrrh tree. It starts coming out of the tree as oil, but starts to harden when exposed to air. It gets it’s name from Marar which means bitterness.

Myrrh was used in the Bible in many different ways:

Most Bible teachers and preachers share on how myrrh symbolizes the death and burial that Jesus would have to face on the cross. And I believe that is a clear connection but it goes so much deeper!

For myrrh to be cultivated it must be extracted by piercing the tree’s heartwood and allowing the gum to trickle out into bitter red droplets called tears.

Much like the process, Jesus went through. It symbolizes the bitterness of pain he would have to face for our purification.

It’s a picture of the suffering Savior that would be pierced on the cross for our sins, so that we may be healed (medicine), and be cleansed (purified), so that we can be a pure and spotless bride (wedding) for Him. Hallelujah!

Myrrh in a lot of ways is similar to frankincense. They are both botanically related, had medicinal value, and currency value.

In ancient culture, myrrh was used as an antiseptic to clean and treat wounds, help stop bleeding, and to treat hay fever.

Myrrh has powerful antibacterial, antifungal, antiparasitic properties. Not gonna lie it was probably handy to have around in the ancient world when no one washed their hands, and you have no idea what’s in the water.

So, as you can see the gifts of the magi had significant meaning and use for Jesus and his family. Here is a quick overview of the information above.

Myrrh – Represents The sacrifice Jesus would face to the point of dying on the cross. (Suffering)

All three gifts brought wealth to the family and two also brought health.

Which Wise Man Gave Which Gift?

It would sure be neat if we could know which wise man gave which gift. But the reality is that scripture does not say who gave what. And the bigger truth is that scripture never states that there were 3 wise men.

I mention this in my other article about the Interesting Facts about the Wisemen. It was in the 3rd century that the Western church starts to imply that there were 3 Wise men because there were 3 gifts. In Eastern Church tradition it is believed there were 12 wise men.

We also don’t know if certain Wisemen gave only one item or if each brought some, gold, frankincense, and myrrh to give to Jesus.

There is much mystery still surrounding the topic of the wise men. So, sorry I can’t give you a clear Biblical answer.

So, while learning about the magi and the gifts they gave I stumbled upon Gold, Frankincense and Myrrh gift sets.

If you have been on my site long enough or know me personally you will know I GEEK out on this kind of stuff. I didn’t even know such things existed and now it’s on my Christmas list. And I flat out told my mom … “Hey… this would make for a cool gift.” Wink wink Lol

I thought I would share my find here with you because you could be just like me and think this is awesome and fun. Or you might know someone who would love it. Anyways, here they are:

Well, I hope you have had fun learning about the gifts Jesus received. I also hope that it had brought a deeper level of beauty to the Christmas story that we all know and love. Please drop me a comment below and share your thoughts. I would love to hear from you!